The most exciting sports extravaganza of South-Asian Countries kind of South-Asian Olympics,is on the way and this time it landed on none other than the Northeast India.The event scheduled to begin from 5th Feb to 16th Feb’2016  with 8 countries,23 events and 2700 athletes and will be hosted jointly by Guwahati and Shillong,the state capital city of Assam and Meghalaya respectively.Out of these 23 events,16 will be held in Guwahati and 7 at Shillong.
Certainly a great boost to Northeast India,as this step will ensure NE India’s space in International arena..And we the Northeastern will be able to showcase our Culture,tradition and heritage to the entire world..The Opening Ceremony is scheduled to be held on 5th Feb at Indira Gandhi Athletic Stadium,Guwahati and on 6th Feb at Jawaharlal Nehru Stadium,Shillong.

For the third time SA Games are being organized in India,earlier being in Kolkata(1987) and Chennai(1997) and starting 5th Feb onwards for 10 days it will be the colorful mixture of Sports,Tradition,Culture and much more…and these 10 days will go down in history a some of the most cherished moments for NE India and its people.. -)

The Logo of 12th SA Games has  8 petals representing the 8 nations,with Orchid flower and Gamosa in the middle as a symbol of Assamese Culture and Tradition used to welcome Guest

The Mascot is known as “Tikhor”-A Baby Rhino symbolizing the pride of Assam,he is sharp,naughty,playful,modern and energetic and  carries the message of Peace, Progress, and Prosperity in the South Asian region. 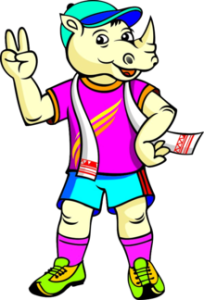 And the motto of 12th South Asian Games is “Play for Peace,Progress and Prosperity”

Honorable Prime Minister of India “Shri Narendra Modi” will officially inaugurate the 12th South-Asian Games..So,come and be a part of the spectacular sporting extravaganza.

Your Comment feed this Blog..So Feed it Please Cancel reply